The U/16A Boys Hockey team took part in the Top Schools Tournament hosted by Paarl Gymnasium from 8 - 11 August. The boys played exciting hockey, playing as a true team, one full of belief and passion. Further to this the boys represented Somerset College on an extremely high level with them winning an award for sportsmanship shown in the match against Outeniqua where a goal was awarded to Somerset College in the last seconds of the match.  A goal which would have seen us draw the match, but the team told the ref that it should not be a goal.  The goal was reversed and Somerset College lost the match, but won the respect of everyone at the tournament. During the tournament the boys lost narrowly to both teams that made the final, that being Paul Roos (0-1) and Paarl Boys High (1-2). Overall the boys played 7 matches, winning 1, drawing 1 and losing 5 (all by a margin of only one goal). The future of boys hockey at College is looking bright, very bright. 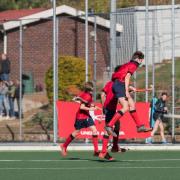 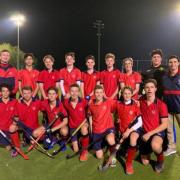